We recently acquired a postcard dated 1907 (below) which shows the Zinc Oxide plant located above the New Hartman Mine. The buildings are partially dismantled and muslin bags are show strewn on the ground in the area where the bag room was previously located.  Special tanks to Alex Stauffer for spotting this find on ebay. The Zinc Oxide plant was operated by the Friedensville Zinc Company from the mid 1880s until shortly before the mines closed in 1893.​ 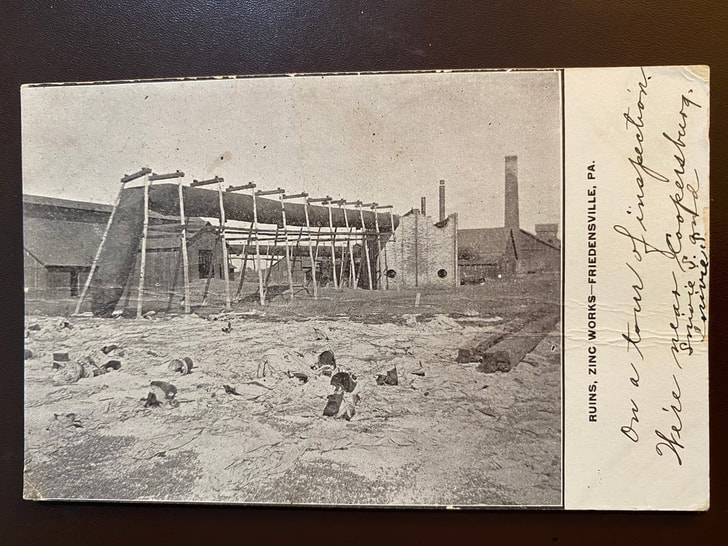 In March 2022, we were able to visit the site of the Methodist Episcopal chapel which was established by Dr. Henry Clemens in 1863 to serve the needs of the Cornish miners who worked for Lehigh Zinc Company. The chapel disappeared many years ago, but a small cemetery remains in derelict condition. The chapel operated with a pastor until 1877. The property is located in Upper Saucon Township near the corner of Oakhurst Drive and Old Bethlehem Pike. The cemetery is now owned by the nearby Assumption BVM Church (Roman Catholic), however, it is not maintained and, therefore, effectively abandoned. Some of the surnames of those buried on the grounds include Adams, Bennett, Harry, Jackson and Mills. Many of the stones are no longer legible.  The following slideshow shows a few of the better preserved headstones and a marker indicating that the cemetery was last restored by a Eagle Scout troop in 2000. Also included is a photo of one of homes which was part of the miner settlement once located along a dirt road above the chapel and cemetery: 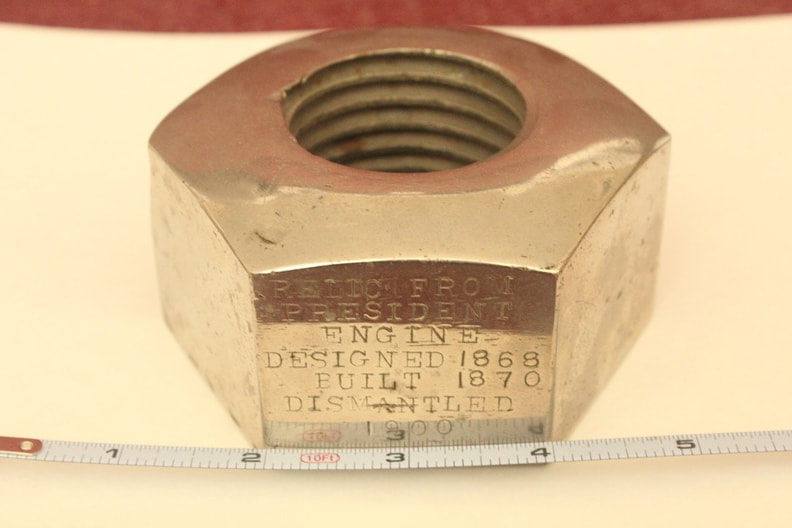 Ken Cox, a retired New Jersey Zinc Company mine manager, recently informed us of an artifact from the President Engine in his personal collection. Many years ago, Ken acquired a chrome plated nut from the engine which is inscribed on one of the flats with the following description: "Relic From President Engine Designed 1868 Built 1870 Dismantled 1900". On another of the nut's flats, the description reads "Souvenir From Friedensville Zinc Mine Plated By Tony Sciarra April 8, 1940"

During a recent presentation to the Molinari Oswald accounting firm a door to the Tavern Lot mine workings and the Triangle or Three Corner Mine was rediscovered. The door is not accessible as the modern electrical panels cover most of the door. Prior to Molinari Oswald occupying the building it was a restaurant, inn and tavern dating back to the 1840s. We believe the door dates to the 1850s when Samuel Wetherill owned both the mine pit and the tavern. The door and tunnel provided a quick commute for the miners from work to the bar stool! 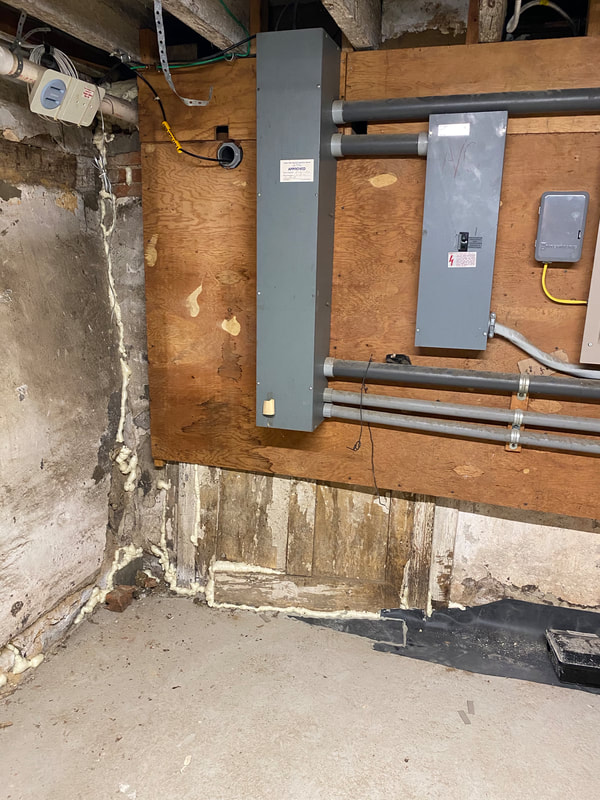 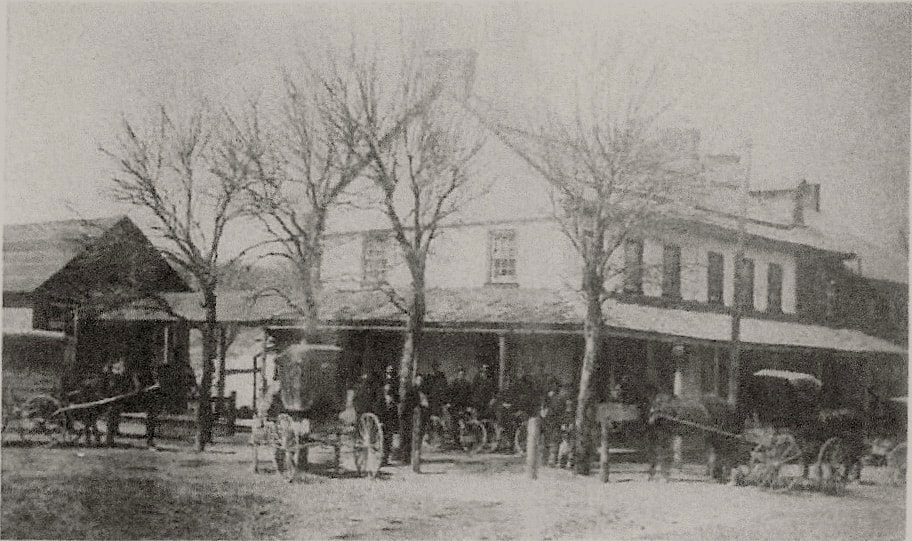 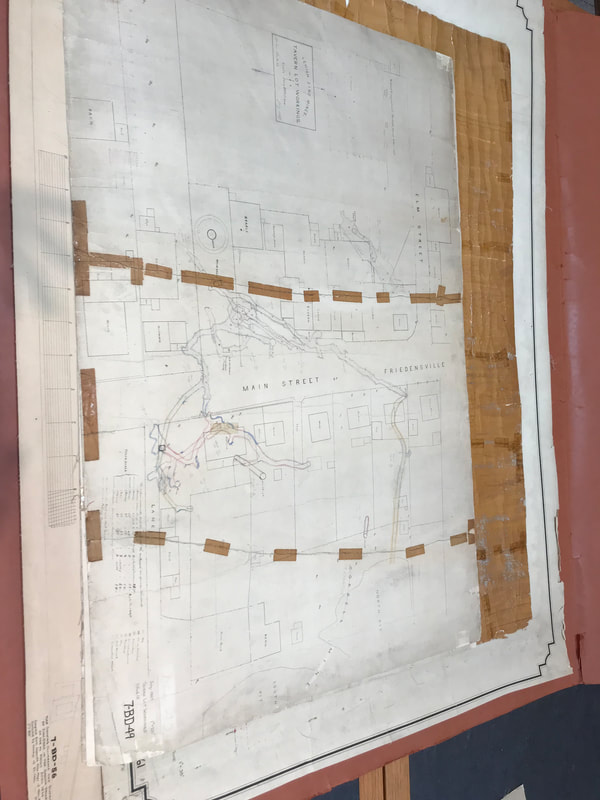 In advance of the construction of Center Valley Parkway in the late 1990s, archeological studies were conducted on and near the Friedensville Mines with a focus on Indigenous American cultural artifacts. While various stone tools were recovered, no permanent settlement sites were discovered through these studies. There has not been any organized archeological studies conducted to date on the 19th century industrial or residential sites on the property. As part of our field survey work we have found numerous artifacts of this period on the surface. A summary of these findings is included in the gallery below. 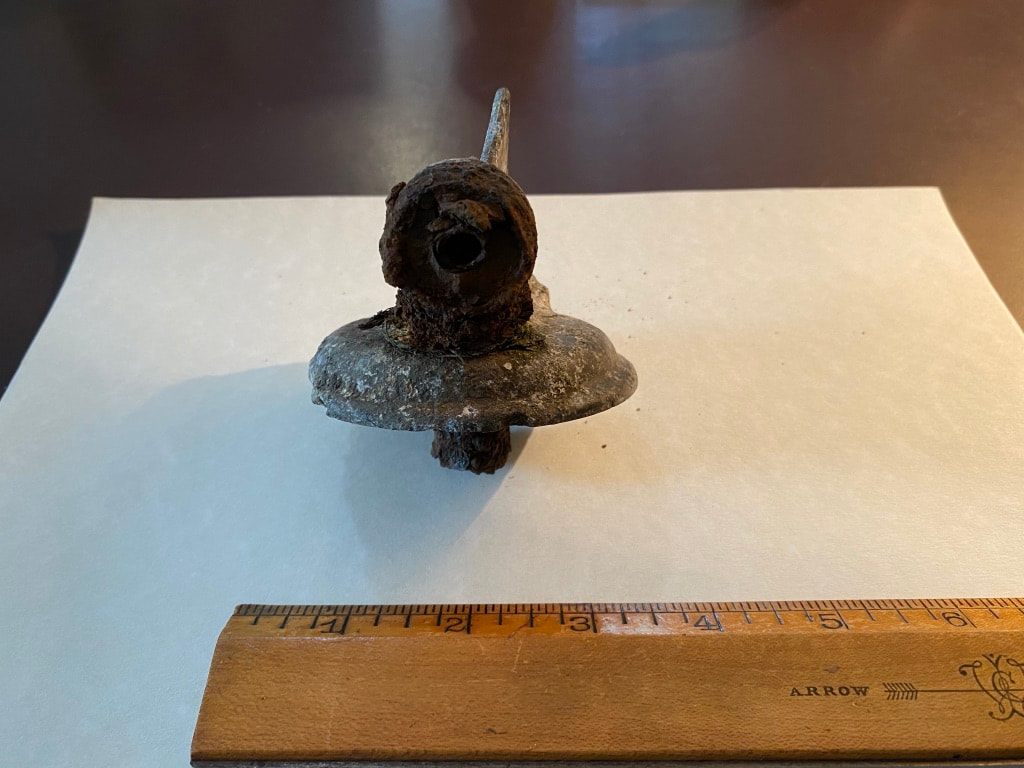 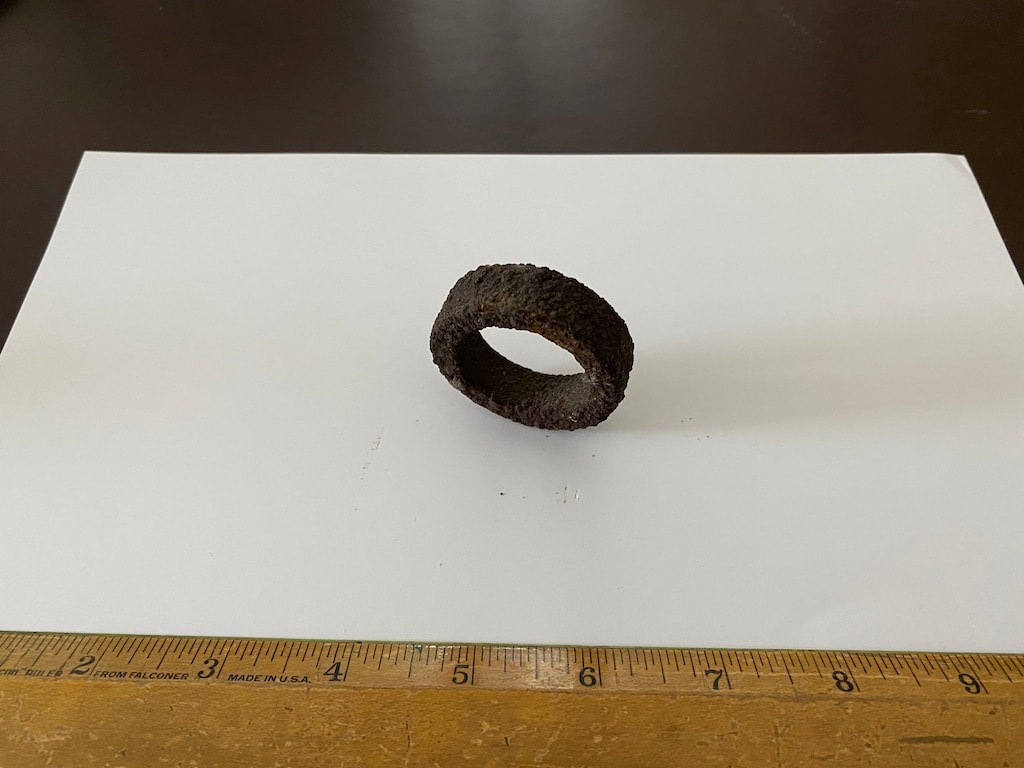 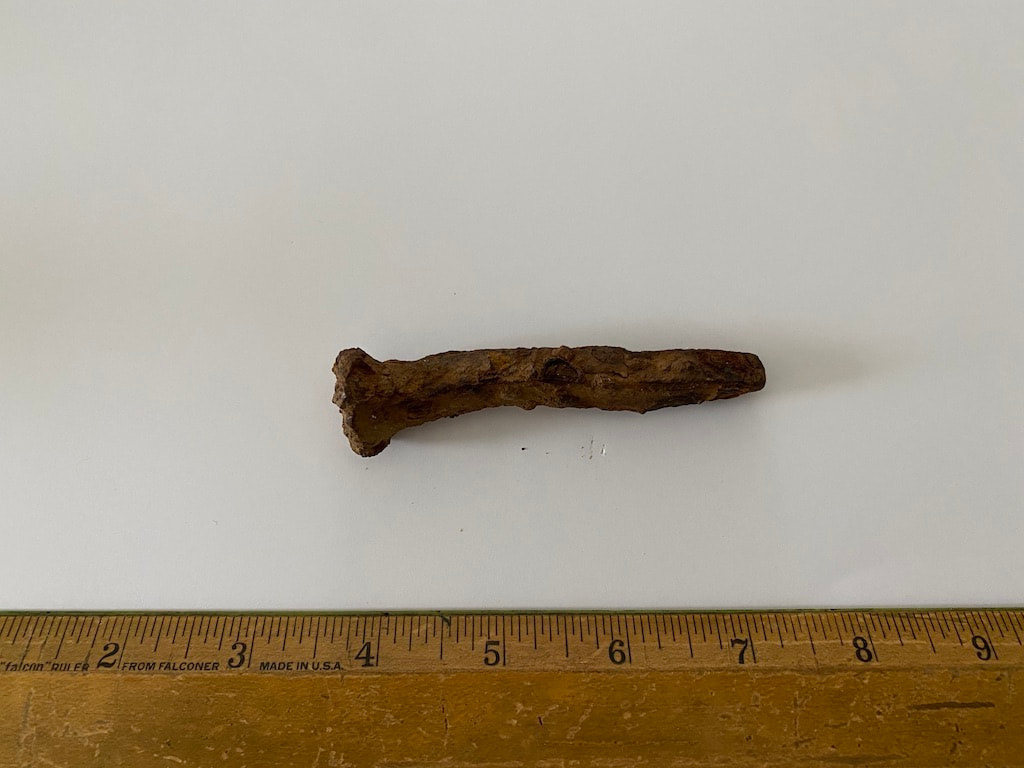 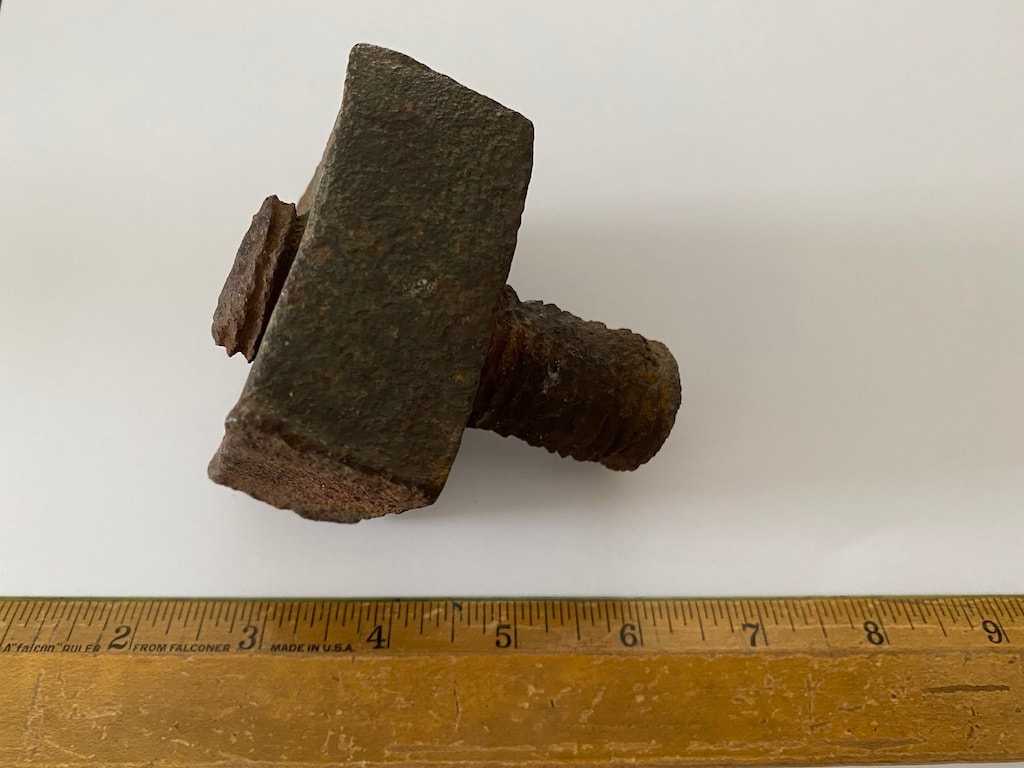 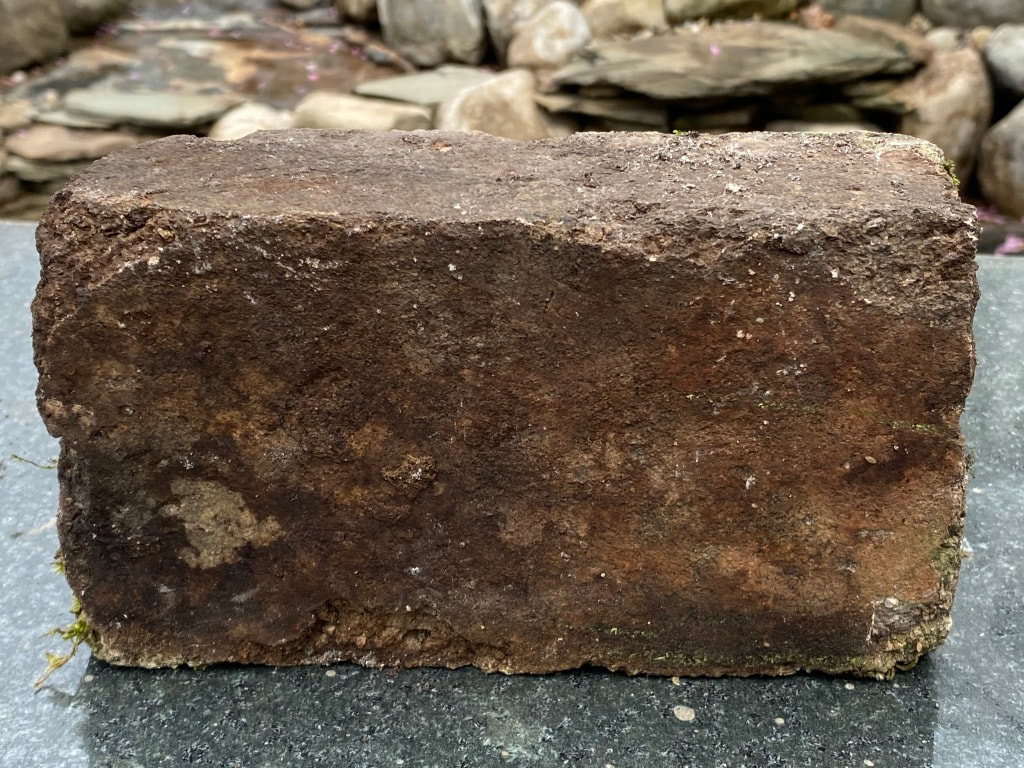 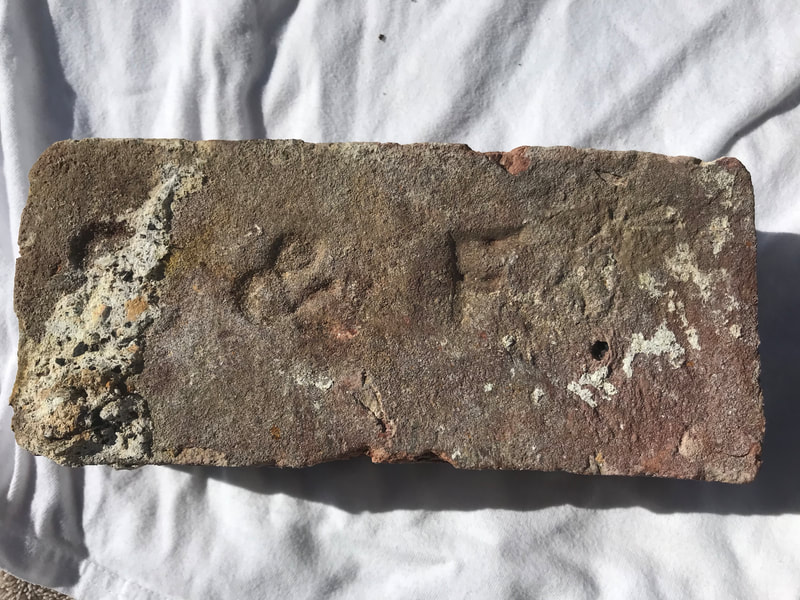 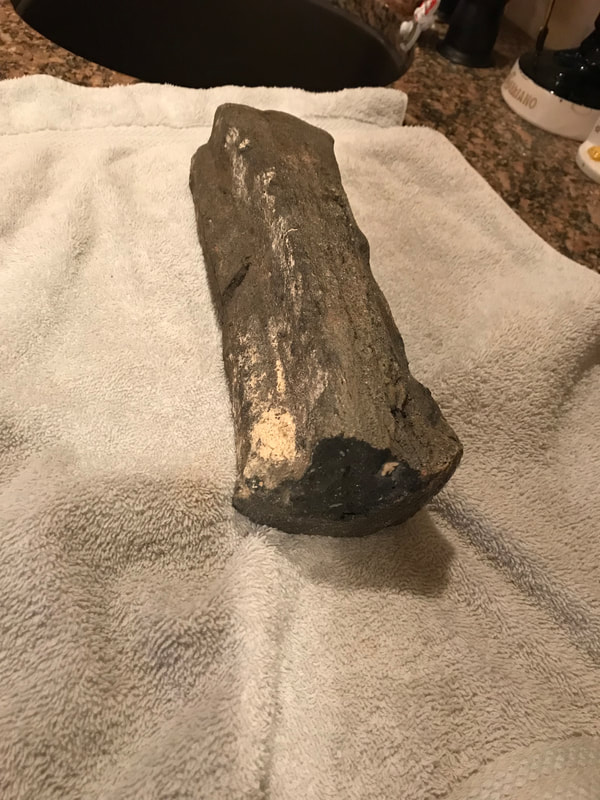 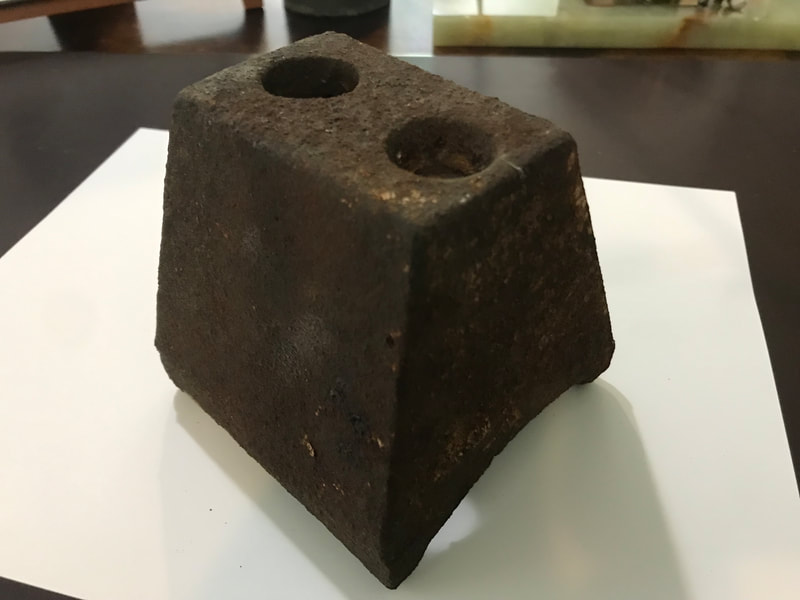 Recently, a collection of documents, including geology studies and maps, was up for sale on eBay. These documents related to the earliest years of exploration and mining in Friedensville. The documents were from the business records of Samuel Smith, a New York based investor who was involved for a brief period in the zinc mines. These records date from the 1840s and early 1850s (the mines opened in 1853). They have been donated to Lehigh University Special Collections and are now part of their extensive collection of Friedensville materials (The Stabler Land Collection). 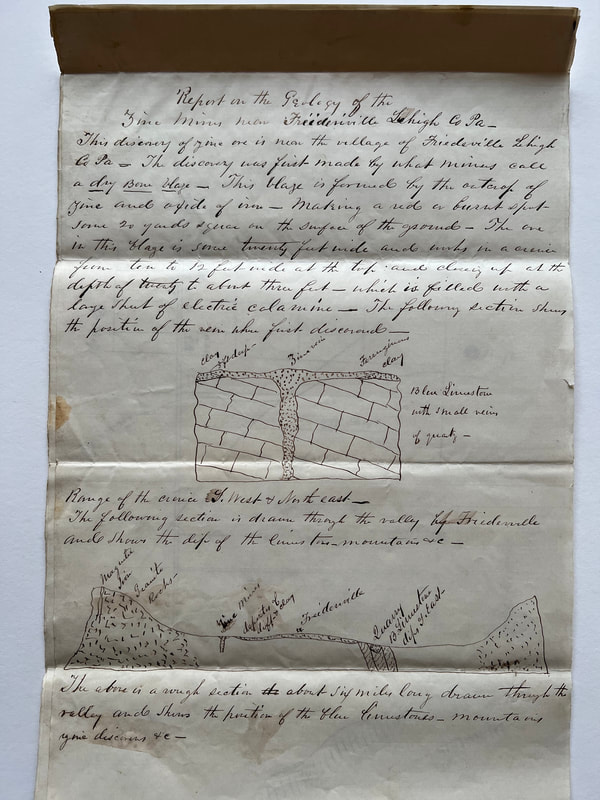 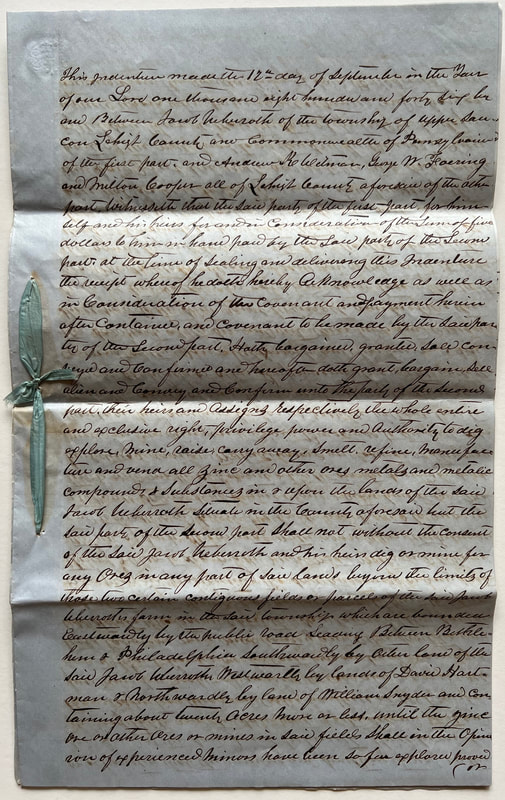 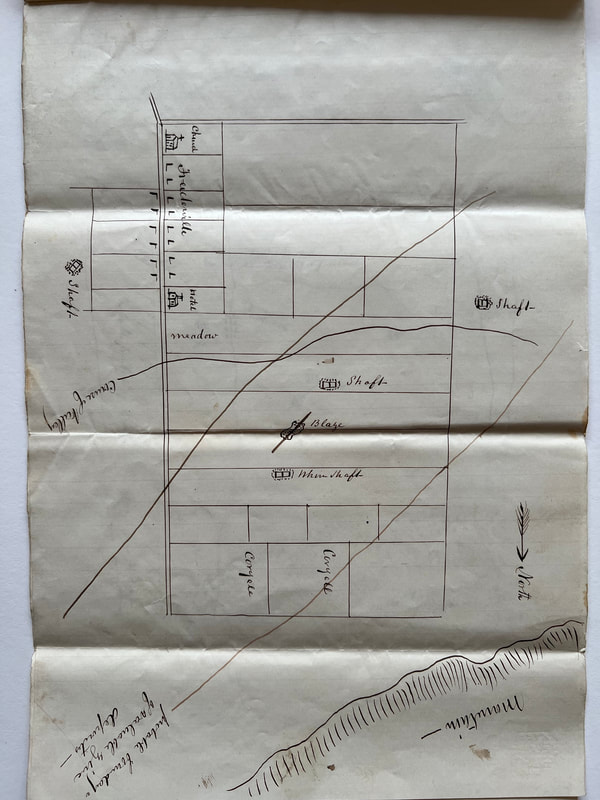